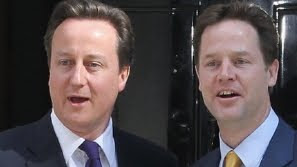 Posh boy seeks posh boy with view to getting feet under table. Same would be appreciated for some of my friends. Several million votes in back pocket. No task too menial, principle no object.
Posted by Michael Shade at 08:46 No comments:

Oi, Norman, I want my vote back!

Apparently the Liberal Democrats couldn't see how to establish a progressive, reforming government with Labour. So they've turned to the Tories.
My Liberal Democrat MP, Norman Baker, stood for parliament claiming a vote for him was the only way to keep the Tories out. I voted for him on that basis, as I have done before. Now his party has put the Tories in power.
So I might as well have voted Labour, or Green.
Can I have my vote back?
Posted by Michael Shade at 08:57 2 comments: 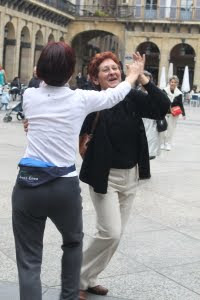 See the San Sebastián photos.
Posted by Michael Shade at 08:59 No comments: 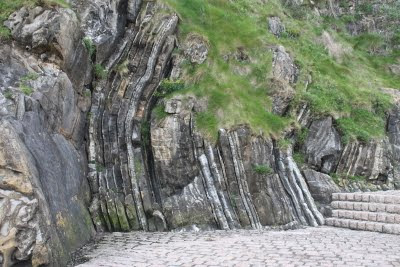 Sun 9 May
San Sebastián
Chillida's sculptures are set on a promontory where the layers of rock have been turned on their side by who knows what geological forces. And they're not even flat!
Posted by Michael Shade at 00:05 No comments: 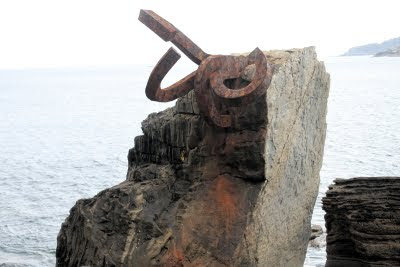 Sun 9 May
San Sebastián
Eduardo Chillida put three iron sculptures at the end of Ondarreta beach in San Sebastián in 1977. They are part of a series called Peine del Viento (Comb of the Wind), and this was the first time I've seen them - fantastic! They seem to grow out of the rock, and the action of wind and rain over 30 years has rusted them into the rock. Art is nature, nature art.

See the San Sebastián photos.
Posted by Michael Shade at 23:55 No comments: 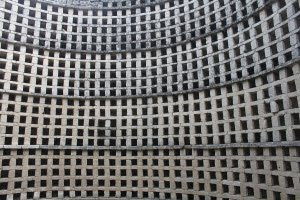 Sat 8 May
Aulnay-de-Saintonge
We stopped to see the Romanesque church and found this 17th Century dove-cot, built to keep 2000 doves.
See the Aulnay photos.
Posted by Michael Shade at 09:52 No comments: 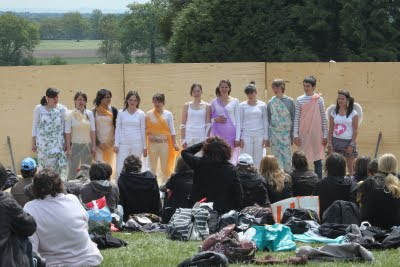 Fri 7 May
Jublains (Mayenne)
Jublains is a 'ville romaine' - it has a Roman bath-house under its church, and a Roman theatre on a slope on the edge of the village, with a view over the surrounding countryside.
We got there to find masses of young Romans from several local lyceums enacting episodes from their history, so we got out our picnic - as you do - and settled down to enjoy the show. We particularly liked the one where the hero returns from years of heroic travel and derring-do with dog merde on his shoe: crottino, crottinas, crottinat, crottinamus, crottinatis, crottinant.
See the Jublains photos.

Posted by Michael Shade at 23:27 No comments: 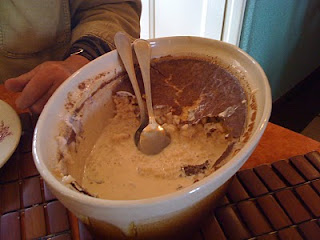 Teurgoule - rice pudding à la maison - how could we refuse? Tony took us to the Auberge la Forêt, at St Michel des Andaines, just outside Bagnoles de l'Orne. Yummy!
We also took in the market at La Ferté Macé, and the ruined castle at Domfront. Apparently the Normans ruled England from here in the 12th Century. A cold forbidding stone pile on top of a windswept hill - just like Lewes, say, but a bit less central.

See the Basse Normandie photos.
Posted by Michael Shade at 23:04 No comments: