A visit to the Warsaw Ghetto 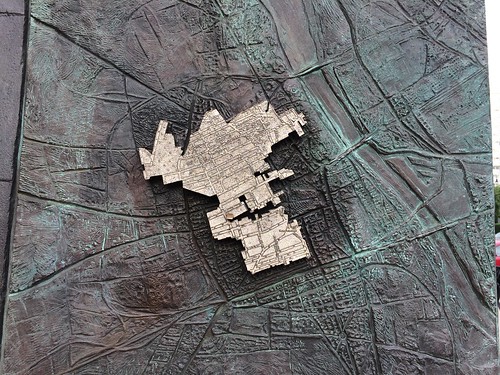 Warsaw is a big, bustling, modern city, full of people, shops, traffic and imposing buildings. However, visiting for the first time, I found myself drawn day after day to the vestiges of the Ghetto, where the Nazis effectively imprisoned over a quarter of a million Jews during the Second World War.

The area designated as the Ghetto was a compact part of the old centre of the city, which had had a largely Jewish population for a century or so. In late 1940, the Ghetto was established by forcibly moving in Jews from other areas of Warsaw. At the same time Gentiles were moved out, and thousands more Jews were brought in from nearby towns and villages. The Ghetto quickly became overcrowded and insanitary, food was scarce, disease became rife. Jews were prevented from carrying on their trades and professions in the wider Polish society; they were not allowed to trade with Gentiles, sources of income dried up.

Then, at the end of 1942, the deportations began. Tens of thousands, eventually hundreds of thousands, were deported, some to forced labour camps, most to extermination camps. Resistance grew, and eventually surfaced in May 1943 in a full-scale uprising that took the Germans more than a month to put down. House by house, street by street, the Ghetto was destroyed, the buildings and whoever remained in them. A few managed to escape, but apart from these, a population of over 300,000 was wiped out.

It may well be possible to spend a week in Warsaw and not even be aware of this grim history, but there are many memorials, some big, some small, some obvious, such as museums and monuments, others less so, like street names or a stretch of the Ghetto wall. Some, like the line of the street that was once a crowded market-place, can only exist in your imagination. 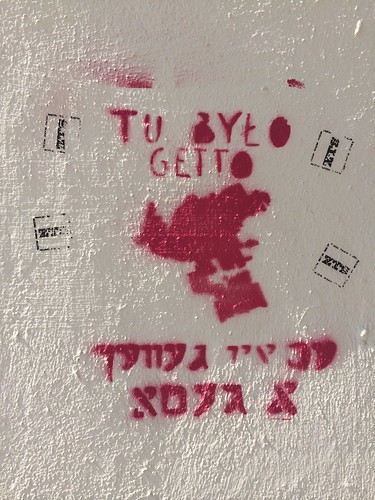 Graffitti: The Ghetto was here