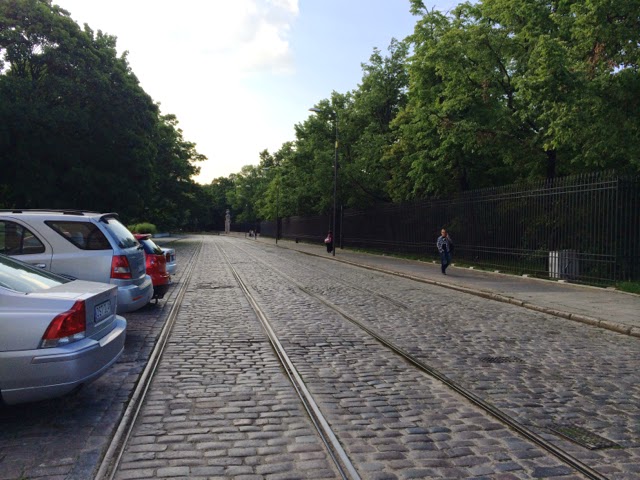 This is where you have to use your imagination. The buildings of the Warsaw Ghetto, as much of the rest of the city, were totally destroyed during the crushing of the Ghetto Uprising in 1943 and the Warsaw Uprising the following year. The post-War rebuilding largely retained the street plan, though many streets have been re-purposed.

This was Nalewki Street, one of the busiest commercial streets of the old town, and an important meeting-place during the time of the Ghetto. At the far end of the street was one of the Ghetto gates through which those with permits could pass in and out.

It now runs through a pleasant park, with trees, flowers and a children's playground. All that remains of pre-War Nalewki are the tramlines. 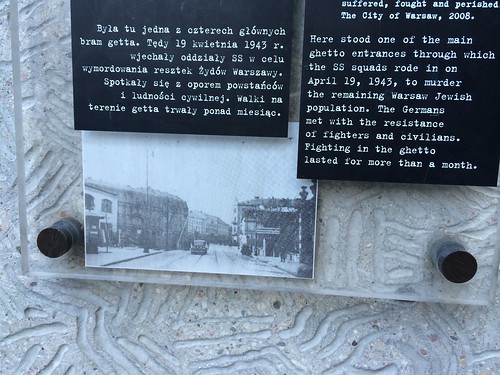 Nalewki Street as it was then, from the other end 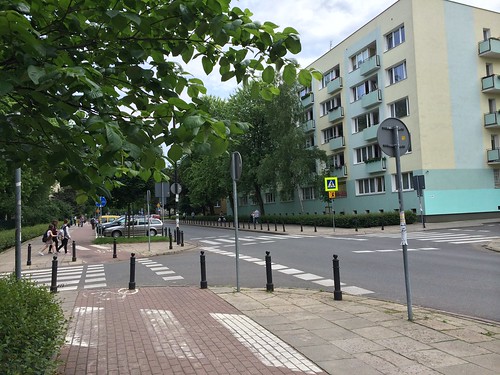 At this junction stood another gate to the Ghetto

The photo below is Chlodna Street, site of the Footbridge of Memory, looking between the posts that mark the site of the bridge, towards what was the central area of the Ghetto. Before the War this was the heart of the Jewish quarter of Warsaw. 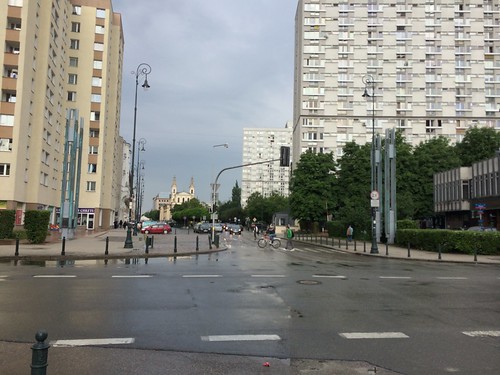 Near Jana Pawla Avenue there is said to be a section of the Ghetto Wall still standing. I'm not sure if this is it - there is nothing to mark it here, no plaque, no sign. The Wall enclosing the Ghetto was some 17km (11 miles) long. 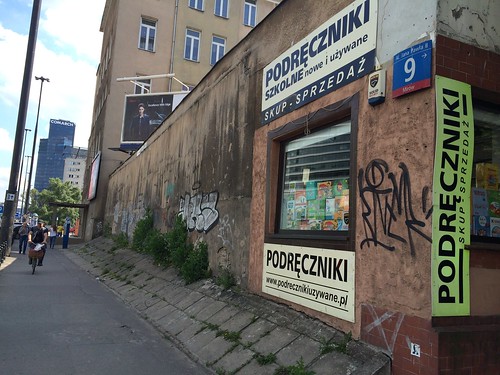 See this account of the remaining section of the Wall, with photos and a precise location.

This iconic building, on the corner of Prozna Street, is one of the few that remain from the time of the Ghetto. The photos of Ghetto inhabitants on the windows are a haunting reminder of the lives that were taken. 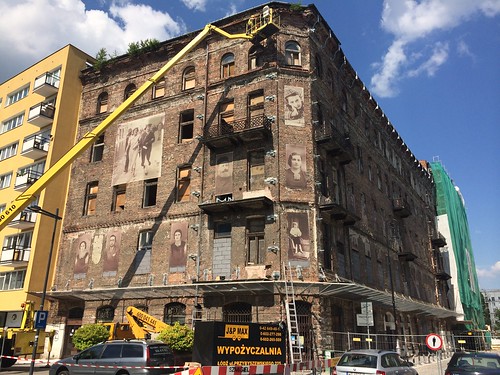 There is an excellent account of the history of the building, with some superb photos, which gives an insight into the Jewish community in pre-War Warsaw, and the controversies in more recent times over the building's retention and restoration. 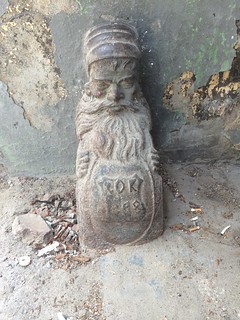 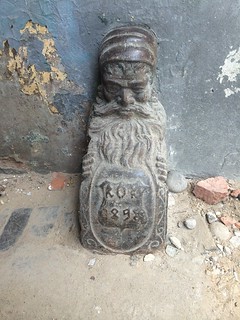