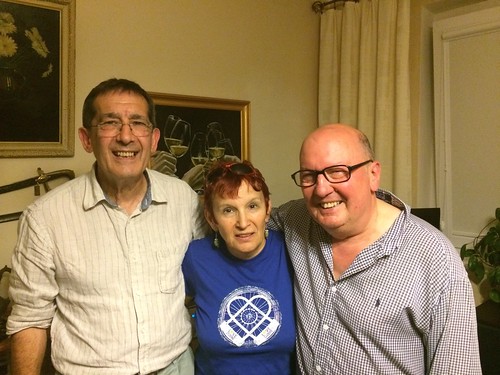 Me, Danka and Gerald

During my recent trip to Poland I went to Gdansk to see my cousins Gerald and Danka. Our mothers, Marie and Lily, were sisters, born 18 months apart in London in the early 1920s. 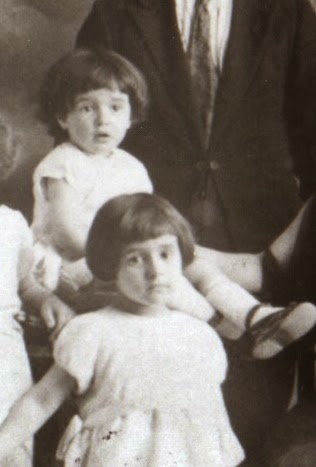 Gerald was one of the first cousins I knew - he was born a few months after me, towards the end of World War 2. I was apparently an inquisitive child, and I am told that one of my earliest scientific enquiries was an attempt to find out how his eyes were fixed to his head. Fortunately he survived that experiment. Needless to say I did not go into a career in science.

After the War Lily went to live in Gdansk, in Poland, with her husband Longin, who was Polish, and Gerald was brought up there. His sisters Halina and Danka were born and brought up there. After Longin died, Lily came back to London, and Halina followed a few years later.

Gerald and Danka stayed in Gdansk, and brought up their own families there. Their children move backwards and forwards between the two countries, and are fluent in both languages. At the moment they each have one child in London and one in Gdansk - a European Union in miniature.

This was my first visit to them in Gdansk, and the first time I had seen them since Lily's funeral in London nine years ago. There was much embracing, many stories were told, and much Bison Grass was drunk. I'd been finding out about our Frankenstein family, and Gerald had lots to say about his father's experiences during the 1930s and 40s; I'll be writing about some of this shortly on my family history sites: TwentyOne Seven and Poyln Roots.

Here are some more pictures from our get-together, which included Gerald's wife Ewa, and Danka's son Jędrzej. And here's some from my walks around Gdansk.

In the photo at the top, Danka, Gerald and I are all in our 60s. So here's our Mums, when they were 60-something: 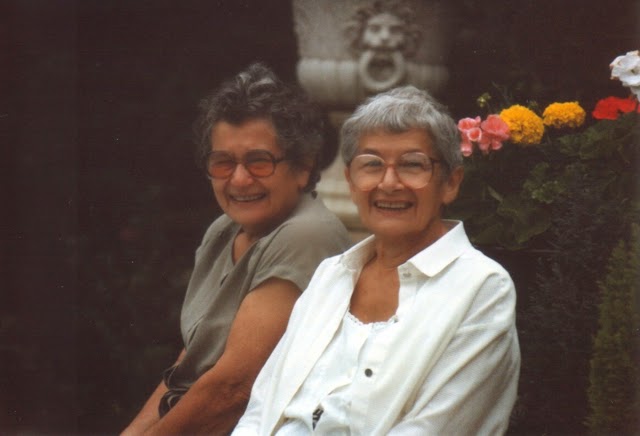