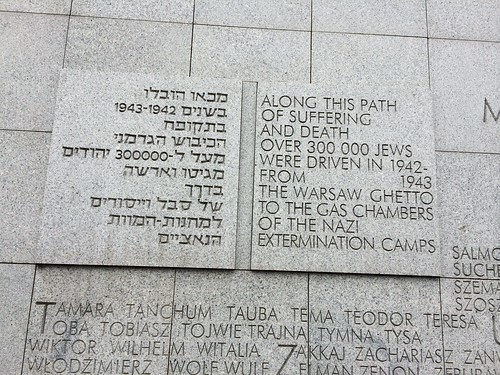 The Umschlagplatz - 'Collection Point' - was where the Nazis gathered the Jews of the Warsaw Ghetto for deportation to the Treblinka extermination camp. From July to September 1942, some 300,000 were deported. Along the walls of the memorial are inscribed hundreds of Jewish names, to commemorate those who were sent to their deaths from here. The names are symbolic as no individual records were kept - this was mass murder. We believe, though we cannot be certain, that some members of our family were sent to the Warsaw Ghetto from their homes in Gombin, about 100km away. They didn't survive the War, and may well have been sent to their deaths from here. 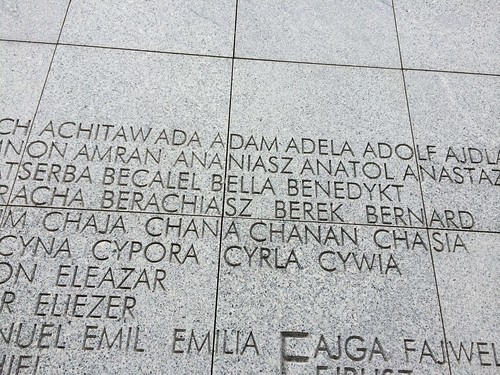 In memory of Bajla Szwarc and Chaja Wandt 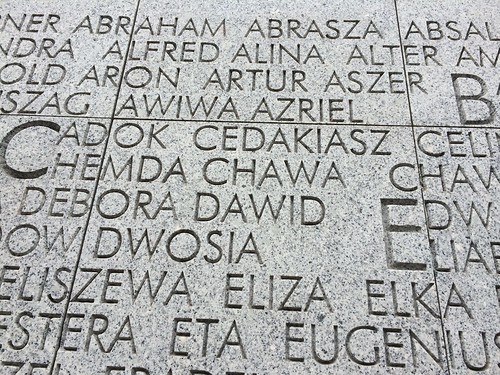 In memory of Chawa Florkiewicz


The Beginning of Deportations from the Warsaw Ghetto